A recent study by MSW Research revealed that 71% of all American employees are NOT engaged in their work. The result of this lack of engagement is $11 billion in annual lost revenues due to employee turnover. 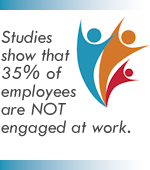 How can such a large portion of our working population be so disengaged with what they do with most of their waking hours? It is not surprising a recent study of the American Psychology Institute noted that 82% of Americans are unsatisfied at their job.

What makes life satisfying?
Is it wealth, material possessions, career success, hobbies, prestige, power or position? Is it doing some good in the world, being recognized by others, loving and being loved, raising a family or being the best person that you can be?

Everyone finds satisfaction in different things. Of course we tend to be most engaged in the things that bring us satisfaction. The relevant question for us as employers is how much satisfaction do our team members find in the work they are doing? And does a maximum level of satisfaction correlate with maximum contribution? If they get great satisfaction from that work, it makes sense they would be rather engaged and thereby contribute much. If work, on the other hand, is a chore for them and they feel they are trading their time for dollars, their satisfaction level is quite low as is their engagement and ultimately they contribute little to the organization.

Satisfaction vs Contribution
Most managers and leaders focus on either just satisfaction or contribution and often fail in engaging their team members for the long term. When we focus on satisfaction we tend to give raises based on strictly tenure or incentives that are barely earned or just ignoring behavioral dysfunctions, inefficiencies mistakes or a poor attitude. This ironically fails to provide lasting satisfaction and employees are always seeking more. Nor are they engaged. They will engage themselves only as long as the reward is in sight. The moment it is gained they revert to their typical behavior.

If we focus on the team members contribution rather than just their satisfaction by creating metrics, engage them in training, provide them with policies and procedures and chide them when deliverables are not met, we might find that they may become resentful towards management. They may feel micro-managed or intimidated, vulnerable, or even anxious or apathetic.

On the other hand if we can focus on engaging the team member we can create a more optimal emotional state. As someone once said, “happy cows give better milk.” But engagement is more than just making happy.

Impacting Engagement
Team members personalize their work through emotions felt about the company’s actions as a whole and about their immediate supervisor in particular. Those who emotionally connect in a positive way with an organization feel a sense of pride and ownership and are more likely to apply themselves, delivering superior work in less time with fewer errors.

The study aforementioned, sponsored by Dale Carnegie Institute, also discovered that companies with engaged employees outperformed other similar companies by up to 202%. This is an astounding gap and demonstrates the power of engagement.

Impacting engagement is done by changing the way we treat employees. Rather than assuming that employees have limited desire and capabilities we express a belief I them which they might not see in themselves. We call this inspiration. Most humans crave inspiration but rarely receive it. When they do they often feel valued and empowered. The may respond by being more confident and even enthusiastic. Holding team members to a higher level of performance demonstrates we believe in them. When they do fail to perform sufficiently we share their emotion of disappointment and encourage them to try a different way. If they are in their own way we directly confront them and help them to get out of their own way!

An Engagement Initiative
Prior to any engagement initiative we conduct a series of assessments to determine the engagement level for each area of the organization. This relates to departments, work groups, teams and individuals. When we discover how engagement level for all the key members of the organization we then prepare an engagement plan to begin instigating change. Again this often begins with the leaders and influencers in the company. We create coaching, mentoring and training initiatives to help influence the engagement level. Then we move to the rank and file members to implement the change. Since we may have to influence hundreds of people within an organization we often bring in our business partners such as Dale Carnegie Training. They can help build training programs to supplement effective interpersonal skills that augment the positive emotions essential to a productive work environment and that lead to increased employee engagement.

When coupling the changes made by the leaders in the organization through mentoring and coaching and the employee engagement training conducted on a companywide basis we can significantly change an organization’s culture and engagement in a relatively short period of time. 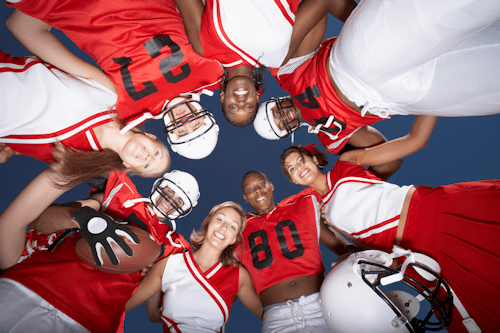 How To Create Engagement

How well-equipped is the next generation in navigating your business through the challenges of the coming decades? Download our FREE Generational Planning Guide.