Evolution of Millennials
It's finally happened: Millennials are taking over the country. 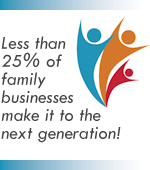 According to an article published by USA Today on June 25, 2015, Millennials, or those born from 1982 through 2000, now make up more than one quarter of the U.S. population (83.1 million), exceeding the 75.4 million Baby Boomers who were born from 1946 through 1964, according to U.S. Census Bureau estimates released Thursday.

They're also more diverse than any generation before them – 44.2% of American Millennials are part of a minority race or ethnic group, according to the estimates. In fact, the whole U.S. population is more racially and ethnically diverse. A total of 37.9% of Americans identified as minorities in 2014, up from 32.9% in 2004.

Succession from the Inside Out

Succession planning in a family business is often not a deliberate thing.  As the emerging business needs or requirements present themselves such as failing health or death of the senior family business leader often dictates how the session occurs.

Very few family businesses plan for succession. They do not recognize the need for leadership development particularly when it comes to another family member. Often times family business leaders will judge the skills of non-family personal much more judiciously than that of family personnel. I know of many situations where family business leaders have been promoted into leadership roles without the kind of professional background which would be required for most other similar roles. They may succeed and even excel in this new role but it is a difficult journey.

Everyone on the team should be continually training their replacement!  Yes that’s right, train the people around you just like they were going to replace you.  You must direct this to ALL levels within your organization, from the mail room to the board room. This is particularly critical for a family business. 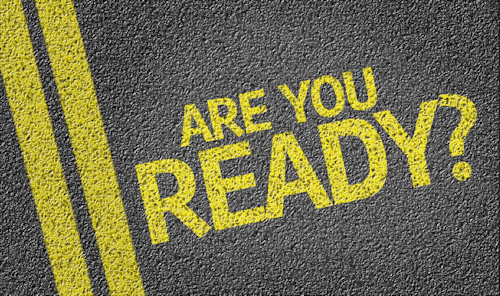 How well-equipped is the next generation in navigating your business through the challenges of the coming decades? Download our FREE Generational Planning Guide.