Family businesses are the most influential factor in the health of the U.S. economy and they are the ONLY solution to our difficult economic times.

This statement might surprise many people but consider the statistics. According to Family Business Review Magazine (Summer 1996) family businesses comprise 80% of all business enterprises in North America. They account for 60% of total U.S. employment, 78% of all new jobs, 65% of wages paid (Financial Planning Magazine, Nov 1999) and 34% of these companies are listed on the Standard & Poor’s 500 Index. With those stats as a backdrop, it’s not surprising that nearly 40% of family businesses in America will be passing the reigns to the next generation over the next five years according to Business Week Magazine (August 11, 2003).

Yet the most incredible statistic by far was the one postulated by Robert Avery at Cornell University in his paper, “The Ten Trillion Dollar Question: A Philanthropic Gameplan.” Avery noted that by 2050, virtually all closely held and family owned businesses will lose their primary owner to death or retirement. Approximately $10.4 trillion of net worth will be transferred by the year 2040, with $4.8 trillion in the next 20 years.

The plain fact is that family businesses are in trouble because succession plans are quite obviously less and less effective. This is primarily due to what I call the “motive gap” between generations. According to an article appearing in the Boston Globe on May 4, 2003, only 40% of family owned businesses survive to the second generation, 12% to the third, and 3% to the fourth. It s also a known fact that these companies are most successful when run by a family member. Family members have the passion, drive and purest motives to run the company in a way consistent with the founding member. While some of these companies will be successfully sold to those outside the family, these statistics represent a disturbing trend and concern for the future of family businesses and the American economy in general!

It doesn’t take a genius to figure out that the root of this problem, simply said, is that sons and daughters are not interested in taking over the family business. Now this may well be attributable to other interests and passions. Certainly this is understandable but it does beg the question of WHY they may not interested or excited about learning the ropes and assuming the reigns? I can tell you that after personally working with thousands of family businesses and in may cases counseling numerous reluctant second or third generation leaders this stems from significant generational differences. These differences can easily be reconciled but often both parties (parents as well as sons and daughters) seem to be completely oblivious as to the differences. The result of generational differences are often mistaken as ineffective work habits, personality flaws or other personal characteristic or attributes. Yet more often than not simply becoming aware of the differences in generational decision making, communication and leadership styles can resolve conflict and restore trust and continued harmony in the business.

This allows the business to thrive even in difficult circumstances. 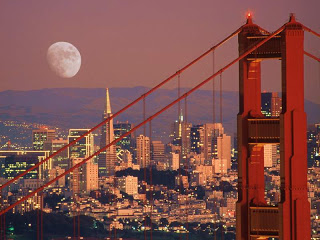 Join me in San Francisco on August 4th as I visit with my friends at Cbeyond and speak on how to maximize our investment of time, dollars and resources aimed at improving our web presence, social media or on-line marketing. With assets being scarce we must carefully prioritize where we should invest our time and attention. Surely for those who sell their products on the Internet this is an easier question to answer. But there are some basic tenants to increasing the chances that our investment produces an appropriate return. This presentation does NOT focus on the technical “how to” but rather on the “why should we” and the strategic elements of re-engineering your web presence. We will discuss why improving your on-line strategy and making it consistent with your off-line efforts will build brand continuity. We will also look at how “directive navigation” and the aggregation of relevant, timely content will produce greater attraction and participation from your target audience. Go to cbeyond.com for more information.

While most Facebook profiles sit dormant for months it is amazing that so many people are willing to at least give it a try. This tells me that many jump onboard with social media without first thinking about their goals. Our advice is to plan some reasonable outcomes before investing all the time and effort. 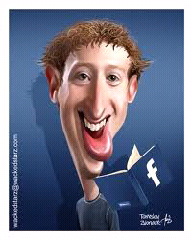